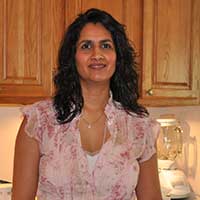 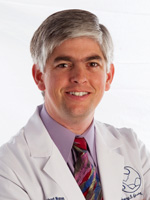 For years, gynecologists at North Florida Regional Medical Center have led the way for robotic surgery for women who live in and around Gainesville. Now, one of the leading robotic surgeons on staff at NFRMC is performing robotic hysterectomy through a single incision and says his work is a forerunner of other robotic procedures that will also be done through a single incision. This ground-breaking procedure was performed at NFRMC on November 18, 2010 by Anthony Agrios, MD, OBGYN and was the first of its kind in Gainesville.

During this procedure, Dr. Agrios removes the uterus through a small incision in the navel, which becomes the entry point for the machine’s robotic arms. Research has shown that taking this route reduces blood loss, chances of infection and delivers a much faster recovery.

“Most women after this kind of operation are often given medication for pain for only a few days and are back to work in just two to three weeks,” said Dr. Agrios. “It’s valuable for all women, and especially for those who lead very active lives because they can get back to their routines very quickly.”

Gayathri Shaw of Lake City is a perfect example. She came to Dr. Agrios because of abnormal, heavy bleeding. When he confirmed she needed a hysterectomy, he recommended her surgery being performed robotically and through a single incision. After her surgery and a brief recovery, she returned to work and caring for her family. Shaw recommends the procedure to other women who qualify for it.

“I feel normal. I totally recommend it because it’s so easy,” Gayathri explained after the procedure. “It’s a piece of cake. I have no scars. If somebody saw me, they would never know I had something done.”

Dr. Agrios says estimates are that 60 percent of hysterectomy procedures are performed as traditional open procedures. This approach results in larger incisions and a longer recovery process, which can take approximately 8 weeks.

According to the U.S. Department of Health, a third of women in the U.S. will have a hysterectomy before they reach the age 60. While this innovative procedure is highly successful with hysterectomy patients, many women are not given information and allowed to consider it as an option. Dr. Agrios uses the robotic approach for about 90 percent of his hysterectomy patients.

“My prediction is that, if you watch robotic surgery progress over the next few years, you will see more procedures performed through single incisions as Intuitive, the maker of the da Vinci Surgical System, designs more tools for single site procedures,” Dr. Agrios says. “It’s an exciting time because it means less pain, less chance of complications and a faster recovery – all of which are better for patients.”